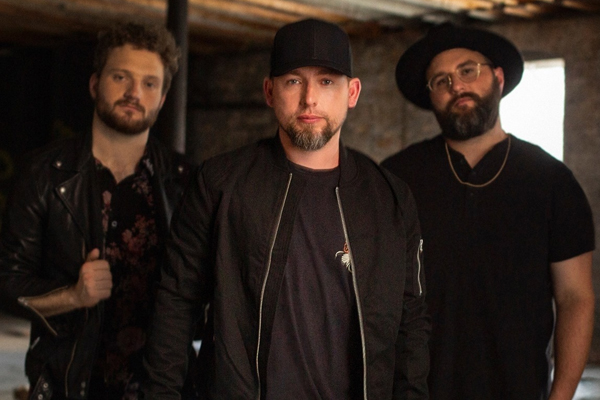 Nashville, TN (September 13, 2020)
We Are Messengers has released its sophomore project, Power +, which is an extension of the band’s Power LP. Power + includes the full Power track listing, plus one new song, “Image of God.” Like its predecessor, Power + features original cover art by local Nashville portrait artist and painter Sydney Clawson.

New track, “Image of God,” is a timely addition to the Power + set. Nashville Life Music backs up We Are Messengers front man Darren Mulligan on the emotional track, which is slated as the band’s next radio single. “These are challenging times where we need unity, hope, empathy and love,” Mulligan shares of the message behind the song. “‘Image of God’ is a song to unite us, reminding us that every single person is created wonderfully in God’s image, and as such, is invaluable and fully worthy of our time, respect, love and honor.”

The original 12 tracks on Power were conceived two years ago with Mulligan and We Are Messengers guitarist Kyle Williams self-producing and co-writing a majority of the tracks and crafting the project entirely on the road. In addition to future hit “Image of God,” Power + includes Top 5 singles “Maybe It’s Ok,” “Power” and “Love,” which recently became We Are Messengers’ ninth Top 10 Billboard airplay entry.