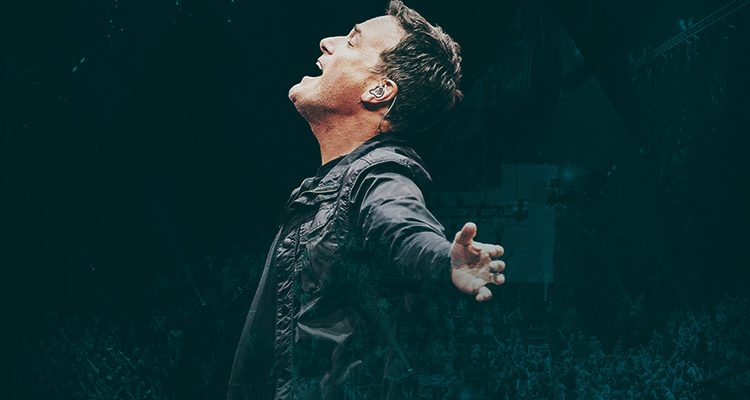 Colorado Springs, CO (July 10, 2020)
Promise Keepers has announced the musicians who will lead worship for its 2020 Global Digital Experience, which will be simulcast and live-streamed free of charge to men across the country and around the world July 31 and Aug. 1.

This two-day event will feature everything that men have come to know and expect from a Promise Keepers event—an authentic, Christ-centered experience with amazing keynote speakers, worship artists, and special guests—all selected to offer a timely message of hope, unity, and transformation directly to the heart of men. The Promise Keepers Global Digital Experience is a conference designed from the ground up to empower men to be refreshed, inspired and reignited in their passion for God.

Founded in 1990 by former University of Colorado football coach Bill McCartney, Promise Keepers is calling men back to courageous and bold servant-leadership by sparking a movement that will mobilize millions of men to follow Christ into today’s broken world as changemakers for their families, churches and communities.

Leading in worship with the Promise Keepers Worship Band at the first-ever Global Digital Experience are:

Michael W. Smith, who is a multiplatinum artist, bestselling author and acclaimed actor. During his storied career, he’s not only been honored with three Grammy Awards, 45 Dove Awards, an American Music Award and has sold more than 15 million albums, he’s also given back to the global community.

Phil Wickham, who began leading worship at 13 after feeling the need to make his faith his own. Known for his beautiful melodies and inspirational lyrics, Phil was raised by parents who are both worship leaders, and he and his siblings grew up surrounded by music and musicians.

Evan Wickham, the founder and pastor of Park Hill Church in San Diego and the older brother of Phil Wickham. He has been leading worship together with his wife, Sandy, since they were high school sweethearts. He has made three records, Mysterious Things, Above the Sky, and, most recently, Make Us One.

“The only thing better than hearing 80,000 men sing with abandon to Lord in a stadium is singing with millions of men in thousands of locations across the country and around the world, including churches, military locations and prisons. This year’s Global Digital Experience empowers us to do just that. Michael W. Smith, Danny Gokey, and Phil Wickham are not just amazing musicians; they are powerful worshippers who lead us into the Father’s presence.” —Ken Harrison, CEO of Promise Keepers