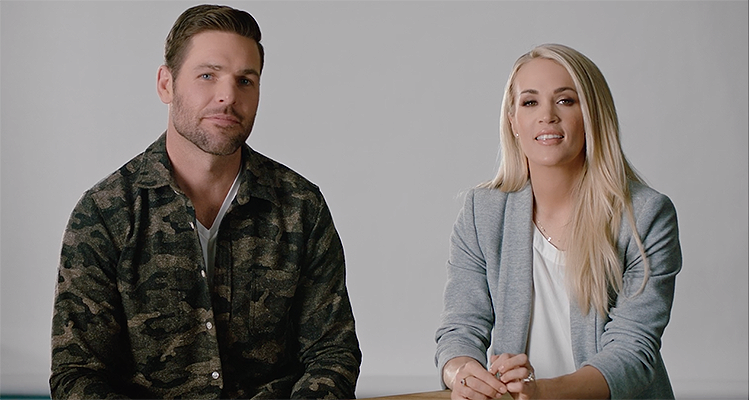 All four episodes of the short-film series can be watched in one half-hour sitting.

Produced by the storytelling organization, I Am Second, “Mike and Carrie: God & Country” features the couple speaking frankly about their personal journeys behind-the-scenes and the common thread that strengthens their marriage despite their individual differences.

The series released in weekly installments beginning May 27 and has been overwhelmingly well-received by viewers. The four episodes include:

Episode 1: “I Cry Easy.” In the first installation of the series, the couple talks about their marriage and one area in which they differ drastically. While Mike is an avid hunter, Carrie is a dedicated vegetarian. They have “spirited discussions” about this but at the end of the day find center ground in their faith and love for each other.

Episode 2: “The Wrestle.” In this episode, Mike and Carrie share their emotions surrounding the miscarriages they experienced after having their first son Isaiah.

Episode 3: “Just Blurt Out Whatever.” In the third episode, the couple talks about parenting, family time and snuggling. They share details about their kids’ faith and the conversations they have about God at home.

Episode 4: “If I Were Married to Myself.” In the final episode, Mike talks about retiring from hockey and starting his business, “Catchin’ Deers.” This episode balances a light-hearted conversation, with the couple joking about Mike’s “singing career,” with a heartfelt discussion about their lives.

“This series has something for everyone. It touches on everything from marriage, parenting, purpose and life’s biggest fears,” said John Humphrey, Vice President of I Am Second. “I Am Second’s mission is to share honest and inspirational stories to give hope to viewers—Mike and Carrie’s story does exactly that.”