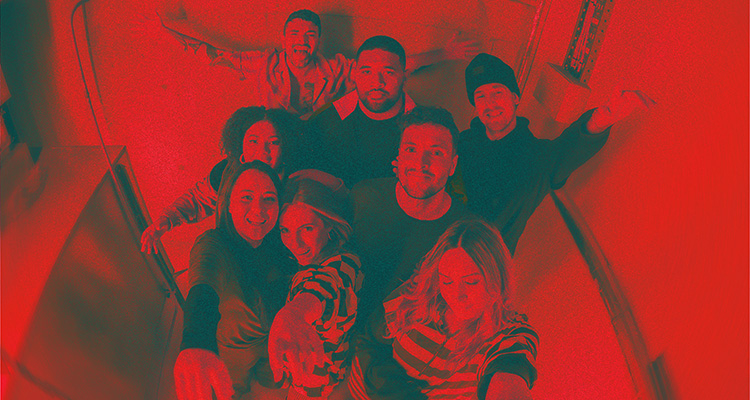 Los Angeles, CA (August 18, 2020)
GRAMMY nominated Hillsong Young & Free has announced the impending release of its fourth career album All of My Best Friends. Dropping worldwide Aug. 28, the project is available for preorder today with final single “Indescribable.” Packaged as a bundle single with live and studio versions of the song, “Indescribable” features lead vocals from Young & Free’s Melodie Wagner-Mäkinen.

“The very essence of Young & Free is a sound that unlocks joy within our hearts, and I pray you sense that with this new album,” says Laura Toggs. “We’ve been waiting to release it at the right time. I think it’s important right now…that you get an infection of joy.”

The new compilation follows the group’s 2018 studio album “III” that earned the youth worship collective tremendous acclaim amassing over 75 million streams and 75,000+ units in global consumption. Recorded in Sydney, Australia, All of My Best Friends features 13 live performance tracks and seven studio recordings, including previously released 2020 singles “Uncomplicated,” “As I Am,” “World Outside Your Window,” “Lord Send Revival,” “Best Friends,” and current radio track “Never Have I Ever” (#20 at Hot AC).

Young & Free’s 2020 singles have garnered more than 15 million global streams to date. “Never Have I Ever” quickly gained radio momentum with eight adds out of the box; the track continues to gain momentum in the “new & active” category on the Christian Airplay and Hot AC charts. The breakout single “Best Friends” which peaked at #1 on the Hot AC chart remains the highest audio debut of any Hillsong track to with more than 6.3 million global streams.