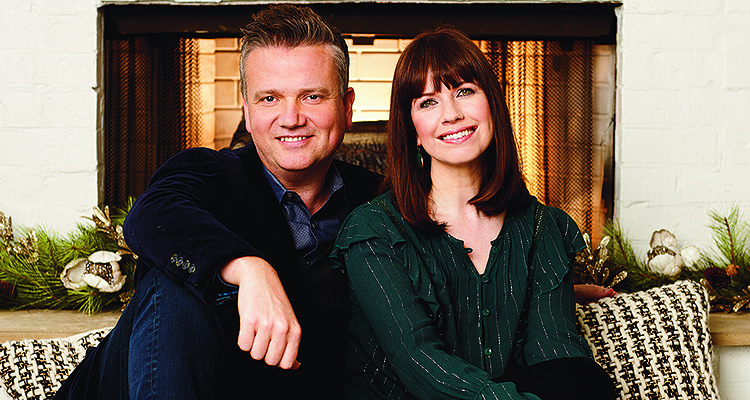 Early release tracks, “Consider the Stars” and “Is He Worthy?,” are available now on streaming services everywhere. Evensong (Hymns and Lullabies at the Close of Day), releases worldwide on Friday, August 28, 2020, on the eve of the historic Sing! Global Conference.

Keith Getty OBE says, “Evensong, is a project born out of a family tradition. We close out our days with a time of reflection in thought, song, and prayer. This collection of hymns and lullabies features a mixture of many of our daily emotions that help us redirect the mind and the comfort of the heart.”

A special concert performance of this new project was recorded at Hidden Trace Farm, Tennessee, and will premiere globally online on Aug. 31 as part of the Sing! Global Conference and festival.

Evensong is a dream project for Kristyn Getty. On turning 40, she and Keith decided that this project would be the way she would mark the year. First set in motion early in the year, the global pandemic meant that an album intended to bring comfort to homes at evening time was also recorded during a shelter at home season. Album producer Ben Shive was able to gather recordings from each musical collaborator and masterfully create a project fusing the Celtic, folk, bluegrass, classical, and Americana sound the Gettys have become known for around the world. The cover art was specially created by internationally renowned Irish artist Ross Wilson.

“These are lullabies and hymns we have sung to and for our own children,” says Kristyn Getty of her four daughters. “Singing God’s truth into both the more tender and vulnerable moments of the day has been a centerpiece of raising our own kids. I know I need true words spoken into my heart and mind to help de-clutter all that presses in upon me from day to day. I hope these songs help people dwell on the Lord and His promises; to release a burdened mind, to calm a restless heart and point us towards real peace in Christ.”

Evensong (Hymns and Lullabies at Close of Day):
Hush-a-by (Come unto Me and Rest)
Sun of My Soul (Shine) – featuring Sarah McCracken
Consider the Stars
Softly and Tenderly – featuring Vince Gill, Ellie Holcomb, Sierra Hull, and Deborah Klemme
Is He Worthy?
Lily of the Valley
His Eye Is on the Sparrow – featuring Heather Headley
Jesus, Friend of Little Children
The Lord Is in His Holy Temple
My Heart Is Filled with Thankfulness
Keep Letting the Light In
Abide with Me
Evensong