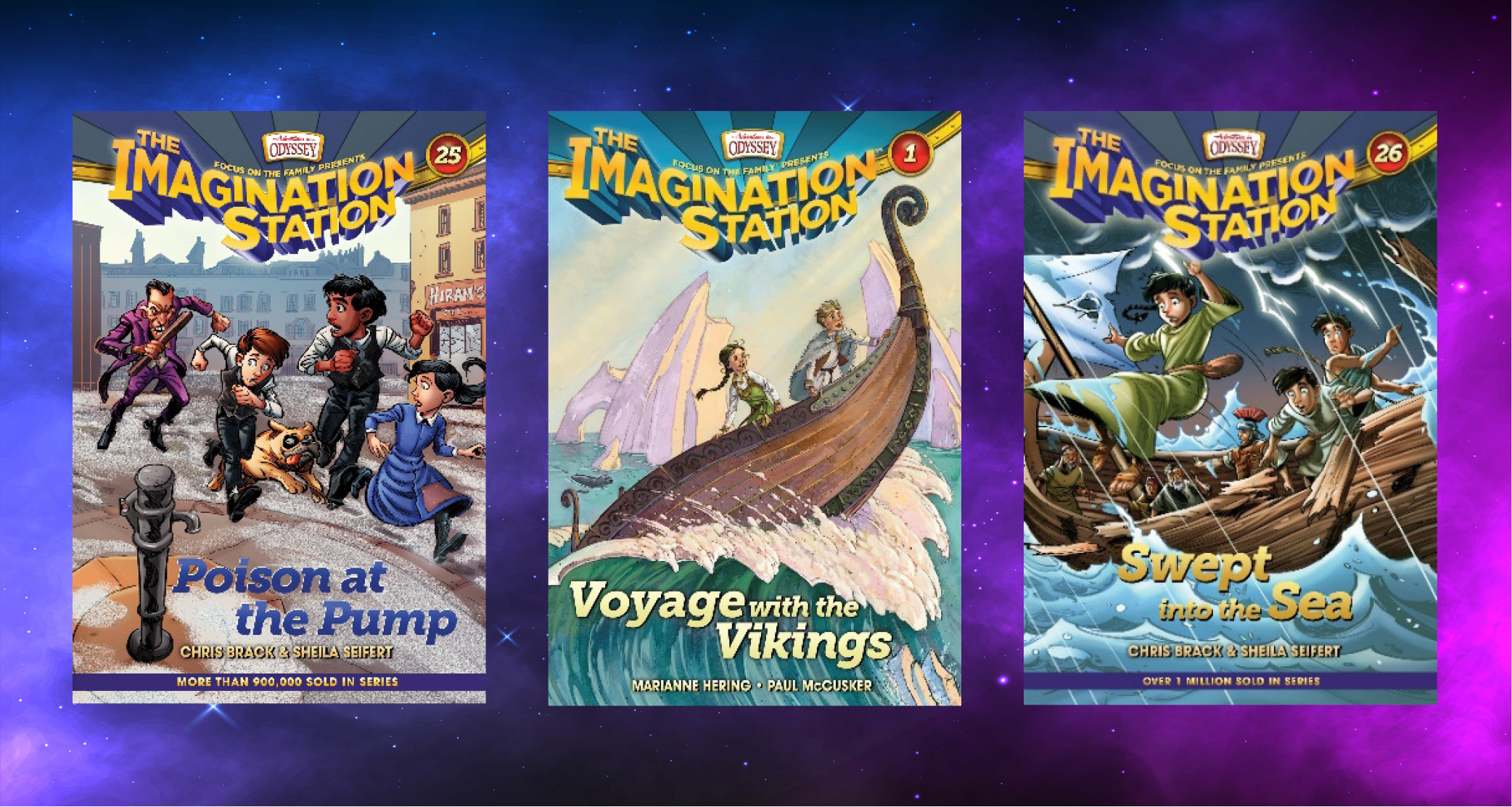 Carol Stream, IL (July 15, 2020)
The Imagination Station Series, published by Focus on the Family in alliance with Tyndale House Publishers, has now sold over 1 million copies. The chapter book series, which is part of the classic Adventures in Odyssey® line, follows cousins Patrick and Beth on their time-travel adventures.

It all began with Voyage of the Vikings, in which the cousins first discover that Mr. Whittaker can send them back in time from Whit’s Soda Shoppe. Voyage of the Vikings has sold 128,606 units to date. Poison at the Pump, set in London’s cholera epidemic of 1854, is the most recent release in the Imagination Station Series.

Swept into the Sea, will release in October 2020. Patrick and Beth’s latest journey leads them to a ship on the Mediterranean Sea in the first century. There they meet the imprisoned apostle Paul, who is on his way to stand trial in Rome.