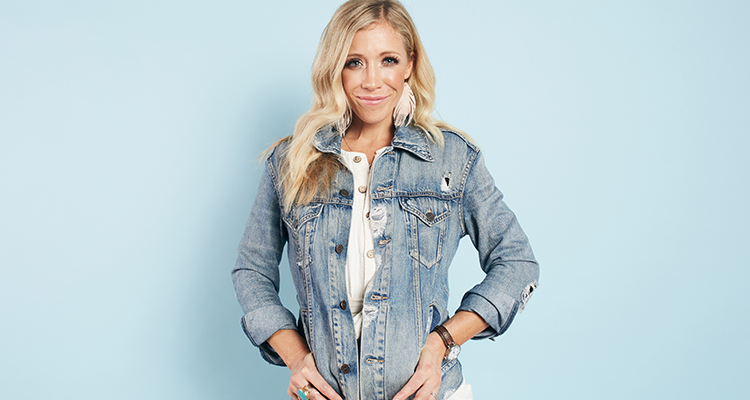 Nashville, TN (August 25, 2020)
Dove-Award winning Christian music singer/songwriter Ellie Holcomb was honored with two GMA Dove Award nominations earlier this month. Holcomb is nominated for Children’s Music Album of the Year for her project Sing: Remembering Songs, and for her work on the song “Elizabeth,” which is nominated for Bluegrass/Country/Roots Song of the Year.

Her children’s album nomination is a back-to-back nomination as she earned the nomination in 2019 for her project Sing: Creation Songs.

Holcomb’s nominated project debuted earlier this year at No. 4 on the Billboard Children’s Album cChart, No. 1 release on the iTunes Children’s Chart and the No. 1 Top-Selling Children’s album on Amazon. Sing: Remembering Songs is a companion piece to her best-selling children’s book, Don’t Forget To Remember (B&H Publishing Group), which was a No. 1 new release in Christian Children’s Books on Amazon. The album is a beautiful, scripture rooted, children’s project that she wrote inspired by God’s word and His love for all of His children.

In addition to releasing her children-focused projects, Holcomb released her new single, “Constellations.” This was her first single since “Red Sea Road” in 2017. This raw, emotional song impacted listeners with its message that there is an echo from somewhere else that reminds us that we are not alone. Due to the pandemic and not being able to go into the studio at the time, she released the song that features the recording of her vocals captured on the first take during the writing session with co-writers David Leonard and Jon Guerra.

During the quarantine season Holcomb and her musician husband Drew Holcomb (of Drew Holcomb & The Neighbors) creatively invited fans into their home multiple nights each week for “Kitchen Covers,” where they performed a cover song. The response was so favorable, the couple released limited vinyl recordings of these songs on three different volumes. The also recently released Kitchen Covers Collection on digital platforms with some of the favorites from the series. She is also featured on the new NEEDTOBREATHE song, “Survival,” with Drew from the band’s upcoming album.