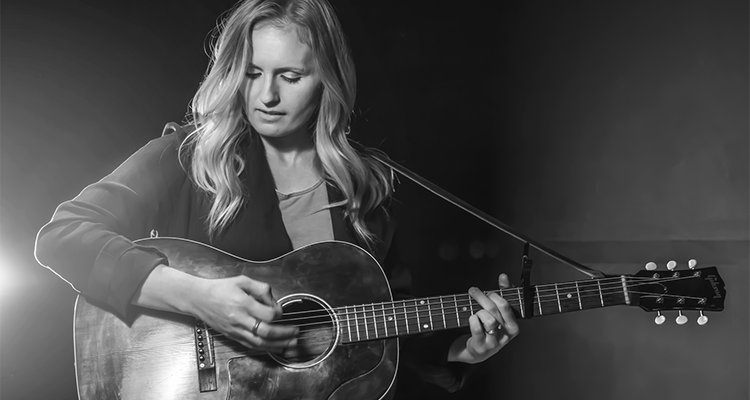 Nashville, TN (September 6, 2020)
Nicole Unser grew up on country music—from Reba McEntire and George Jones to Lee Ann Womack—connecting with the honest, heart-felt lyrics of love, loss and redemption. It is the genre’s storytelling aspect combined with Unser’s faith that fires her own career as a country artist who crafts story-songs about the goodness of God amidst the heartbreaks of life. And nowhere is that intersection of heartache and hope more apparent than in “Bittersweet Sixteen,” her most personal story-song yet.

In this new single, Unser lays bare a painful past mired in mental illness but countered by a brighter present and future. With unsparing lyrics, she looks back 16 years to her sixteenth birthday and the life-changing moment when her mother attempted suicide. It is a poignant, needful message purposefully released during National Suicide Prevention Week (September 6-12) in a year fraught with mental illness issues surrounding the Covid crisis.

“Bittersweet Sixteen” walks listeners through the scene as Unser, her father and brother arrive home to find her mom unconscious after placing Unser’s birthday cake—now on fire—in the oven. With a simple melody and her raspy-sweet vocals, Unser weaves the near-tragic tale from the perspective of a teen daughter experiencing the trauma through to the grace-filled, compassionate perspective of a reconciled and healing family. She further shares the family’s experience through interviews with her mother, father and brother in a “Bittersweet Sixteen” documentary now available online.

The “Bittersweet Sixteen” single, which lovingly features an old family photo on the cover, is available through all major sales and streaming platforms. It comes on the heels of singles including “Fear You Don’t Own Me” and “You Give” from Unser’s Wyoming album. Alongside the aforementioned songs, Unser adds related album resources in the form of a seven-day devotional series now available on her website with a journal/guided prayer workbook due to release from the site on October 6 as a new music video for “Bittersweet Sixteen” releases through her YouTube channel.

“I write music about real things, hard things, that meet people right where they are but doesn’t just leave them there,” says Unser, whose influences are as diverse as Hank Williams’ songwriting granddaughter, Holly Williams, and rapper NF. In fact, it was NF’s brutally autobiographical song “How Could You Leave Us” about the death of his mother that inspired Unser to tell her family’s story.

“We all have a choice to stay pinned under our story like a giant boulder, or finally stop hiding from our healing,” Unser adds. “If you feel like you’ve reached a breaking point, then you’re in a very good place. This is where transformation occurs: when the pain of staying the same becomes greater than the pain of change, that’s where miracles happen.”