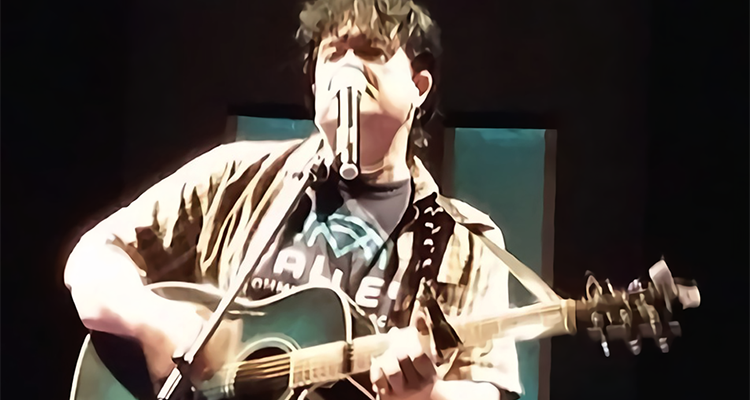 Christian music artist thurane is Worship Minister at SCWCC in Surprise/Peoria, AZ. His mother sang him lullabies at bedtime, many of which were Christian spirituals. He grew up taking piano lessons, singing in choir and exploring various musical influences including Elvis, the Beatles, Buddy Holly, Led Zeppelin, Cream, Jimi Hendrix, among others. After years of hitting the road with various mainstream bands, thurane returned home and started studying the Bible, learning about discipleship and getting involved with Campus Crusade for Christ to really dig into his faith. His new EP titled, : authentic worship : is available now on the Apple Store.

Very First Musical Purchase:
Peavey Bass (I had to pay my mom back)

CCM: If you had only five words to describe your new album, it would be…?
thurane: Groundbreaking rockin’ authentic vertical worship!

CCM: Do you have a favorite song from the new album? Why?
thurane: “It’s All Good (ATAGIY)” because it expresses the truth of God’s goodness in the midst of oppression and my opportunity to worship him with a smokin’ lead guitar with layered sixties’ inspired vocals!

CCM: What led you to pursue a career or ministry in music?
thurane: First starting in secular music, it was initially for the obvious reasons: fame, money, girls. But God called me to salvation and I gave up music for several years, heeding His call to return to music after many confirmations from His still small voice, His word, and the multiple situations I found myself in that led me to found the groups New Jerusalem (hard rock) and Kenyon Grey (POP/CCM/CHR) and now worship music as a solo singer-songwriter.

Later, a pastor told me that better worship was needed in the church, a record company president said that they were only signing CCM artists, and multiple churches offered me staff positions to lead their worship—and I turned all of those opportunities down. That resulted in a “Jonah & the Great Fish” scenario that led me to leading worship on staff at various churches since 2007. From playing so many worship songs, I’ve been inspired to write my own worship music for the church.

CCM: Do you remember that moment when you realized you wanted to make an actual career out of music?
thurane: It was after seeing Jailhouse Rock on tv. Elvis Presley made performing music look cool. Doing it for the Lord came after dedicating myself to Him without music initially.

CCM: What are your hopes for the new project?
thurane: I want to reach 20,000 churches with these songs as they add them to their worship services.

CCM: If you could potentially tour with any other artist or band (that you haven’t already), who would you choose and why?
thurane: Chris Tomlin and Pat Barrett, because I identify with the way that they write songs and lead worship.