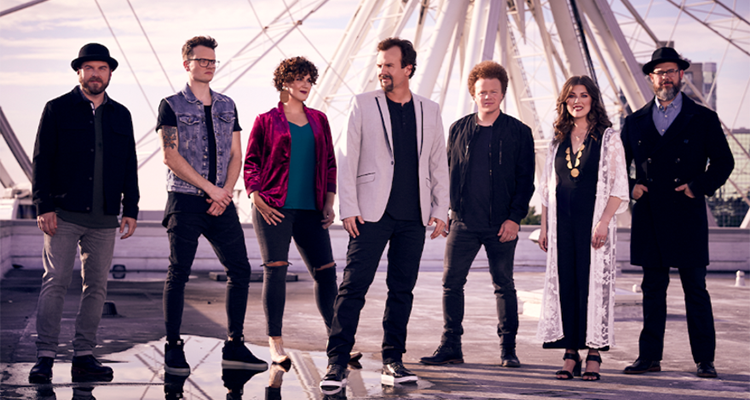 Nashville, TN (September 10, 2020)
GRAMMY-Award winning and multi-RIAA Platinum-selling group Casting Crowns has released a live recording of their multiple Dove Award nominated song, “Nobody.” The live version features Elevation Worship, who Casting Crowns toured with in 2019 when the audio and video were captured.

The unique live music video was filmed completely by fans during the Elevation Worship, Hillsong Worship and Casting Crowns tour last November. The band received 127 different fan videos that were captured during the tour, and all of those videos were compiled to create the final video. Click here to watch the creative result. The song, “Nobody,” is from the groups 2018 release Only Jesus. The song produced the group’s 15th career No. 1 radio single in 2019.

Casting Crowns continues to achieve career milestones through numerous chart-topping hits and touring that drives their music consumption to position them as one of the top-performing Christian artists today and in the history of Christian music. Before the global pandemic hit, Casting Crowns was on the road with their “Only Jesus Tour” hitting arenas across the country. When the tour was postponed until 2021, the group joined with Awakening Events for a 50-city Drive-In Theater Tour this summer and fall.

“A concert is always a great kind of mental health break,” Casting Crowns frontman Mark Hall tells Billboard. “You’ve got something to look forward to. You’ve got something to take your family to. I think on a lot of levels families need this right now. Being that we can’t do concerts in venues because of social distancing, we had to start getting creative.”