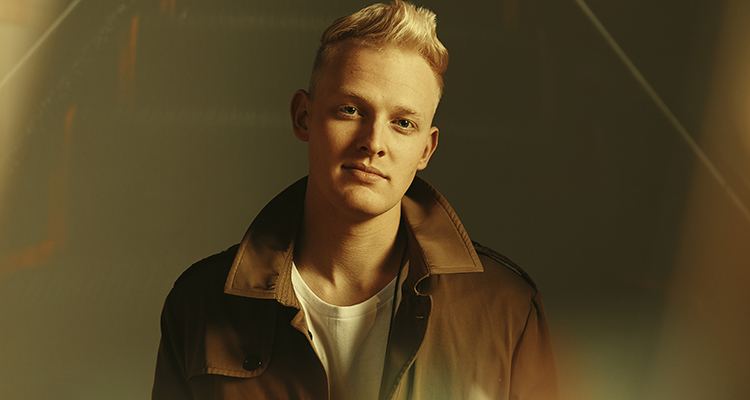 Nashville, TN (August 14, 2020)
In the follow-up to his debut single, Cade Thompson marries top-notch production, a bright pop sound, and a reflective, personal message of God’s grace, love and guidance with “Every Step of the Way.” As Thompson’s second release on Jay Demarcus’ independent Christian music label, Red Street Records, this song reminds us that even in the most uncertain times, God’s hand is on our lives. This song was penned by Thompson along with Benji Cowart and Micah Kuiper and produced by Bryan Fowler (Chris Tomlin, TobyMac, Zach Williams, Mandisa).

Thompson describes “Every Step of the Way” as a “source of comfort” in these difficult times. “As humans we naturally create our own plans but many times God’s plans look different than ours, because He sees the Greater Plan. In Proverbs 16:9 it says, ‘We can make our plans, but the Lord determines our steps.’ As this song was coming to life in the writing stages, I was entering into a new season myself and as I was reflecting on the past, I could see how certain situations looked different than I had intended. One thing I could not deny in my times of reflection is that the goodness of God was clearly evident every step of the way a long this journey called life. For so many of us, the year 2020 has looked different than we could have ever imagined. Despite the chaos, we know one thing that is for certain- God is with us Every Step of the Way.”

Listen to it here:

Thompson is currently finishing recording his debut album set to release early next year. Every “Step of the Way” is being serviced to Christian AC and Hot AC/CHR formats.