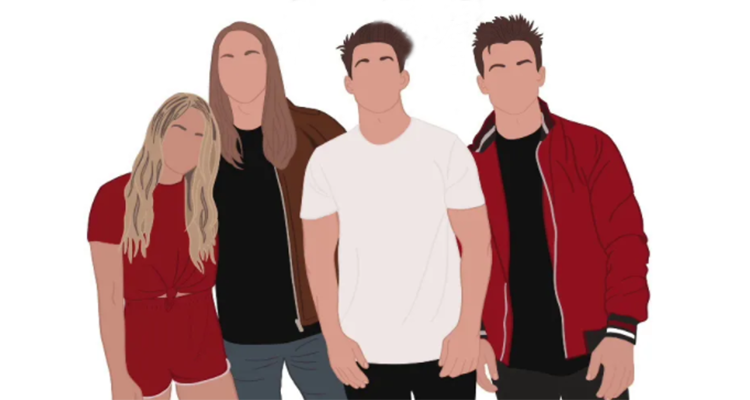 Los Angeles, CA (July, 2020)
Bonray has released its new single, “I Am,” on DREAM Records. Following up the announcement of its signing to DREAM Records and the debut release of the track “Where I Wanna Be,” the group is poised to have a strong debut with the new single. The track was also sent to Christian music radio and has secured many early adds.

“I Am” is all about our identity in Jesus,” says Zac Bonner. “All of us have been through times of life where we don’t feel close to God. We feel lost, burdened and in need of a breakthrough. We lose focus on Him and become overwhelmed by our circumstances. But every time we’re in a place of defeat, Jesus meets us right where we’re at. He pulls us out of the darkness and illuminates the situation. He reminds us of who we really are; that we’re chosen by Him, loved beyond measure and redeemed by what only He could do. We won’t turn back to how we were, we’ve been forever changed by Him.”